The story of the parish – a very rich one – speaks of faith and commitment of the parishioners to ensure Anglican Worship was available for the people of the Taihape district. It is a story of courage, caring concern and tenacity and as such is an example to us all.

More recently, the move towards Mutual Ministry whereby ministry support is developed from within the parish is a major innovation that underlines faith, commitment and service to nurture and develop further the worshipping serving community of faith known as St. Margaret’s Taihape

The Anglican Church has had a presence in Taihape from its earliest settlement when the new town was part of the Parish of Hunterville. In 1899 the Reverend Julian Dove, the Vicar of Hunterville, held the first church service in the Mechanics Institute, a small hall where the Town Hall now stands, and he continued to return every six weeks to hold setvices both in the town and in outlying areas. His was not an easy task as he had to travel over bridle tracks on horseback, often ploughing through girth deep mud.

The previous year at the Government land sales, the Anglican Church, represented by R T Batley, had purchased the half-acre site on which the church now stands for 21 pounds. However, it was not till 1901 with the arrival of Percy Wise Clarkson, a stipendiary lay reader, that the church had a permanent representative based in the town.

An Englishman, who had trained for the ministry in Canada, Mr Clarkson wasted no time in collecting funds for the erection of a church and vicarage. A fortnight after he arrived most of the dressed timber was delivered on site, the site was leveled and it is believed that the foundation stone for the church was laid on 10 January 1902. 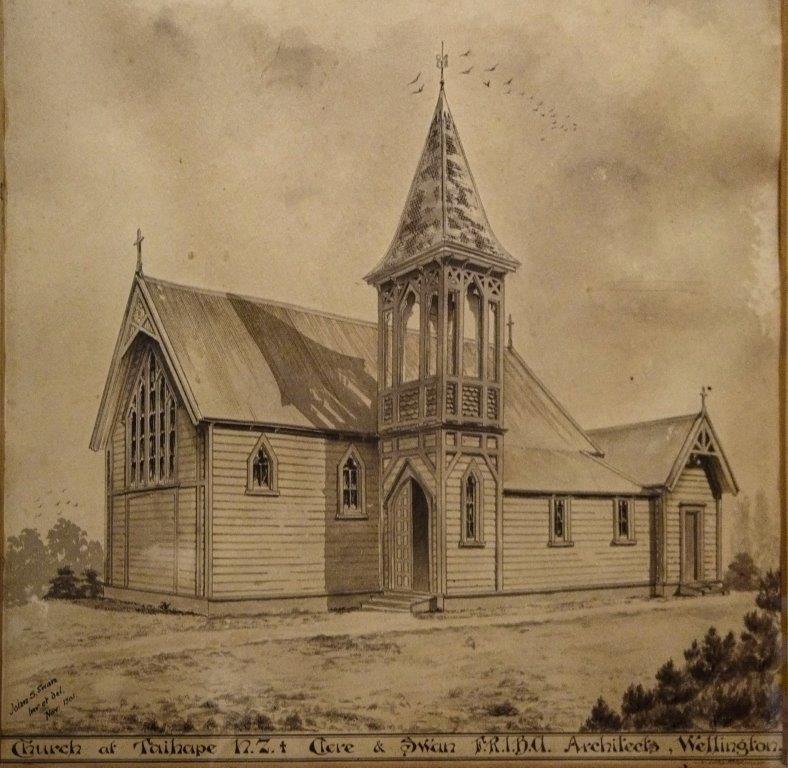